Citypoint9 logistics center located in District 9, has welcomed Sprinter Courier Service Company as a new tenant. The courier service company was founded in 1997, and now it is one of the most dynamically developing Hungarian parcel logistics service providers. Following the negotiations finished in the autumn of 2010, the company has signed a long-term lease agreement for a significant part of the nearly 10,000 sqm Building ‘C’, which was completed as the last phase of the park.

Due to the location and the advantageous lease conditions, Citypoint9 – developed by ConvergenCE – offers ideal circumstances for the courier service company. “For Sprinter, finding a site that is easy to access without any truck-load restrictions, was just as an important expectation, as being located in the city centre; it is necessary both for the daily business operation and the availability of public transport for employees.” – informed us Csaba Dobos, industrial associate at the Hungarian office of Colliers International.  “Because of the need for additional space raised by the year-end high season and for the demand of an even more professional service due to the increasing number of new projects, we started our gradual relocation into Citypoint9 in September 2010, and our entire activity will be coordinated from the new location soon” – announced András Rácz, managing director of Sprinter Courier Service Company, regarding the relocation of the company.  Attila Baksa-Soós, director and partner of ConvergenCE said: „We are pleased that Sprinter has chosen Citypoint9 and we hope that other market players will recognize the advantages of city logistics as well, thus the entire park will be leased soon”. 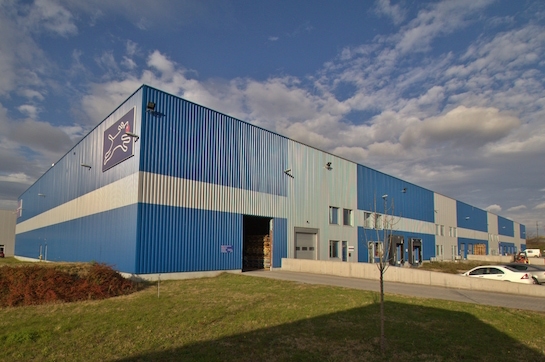